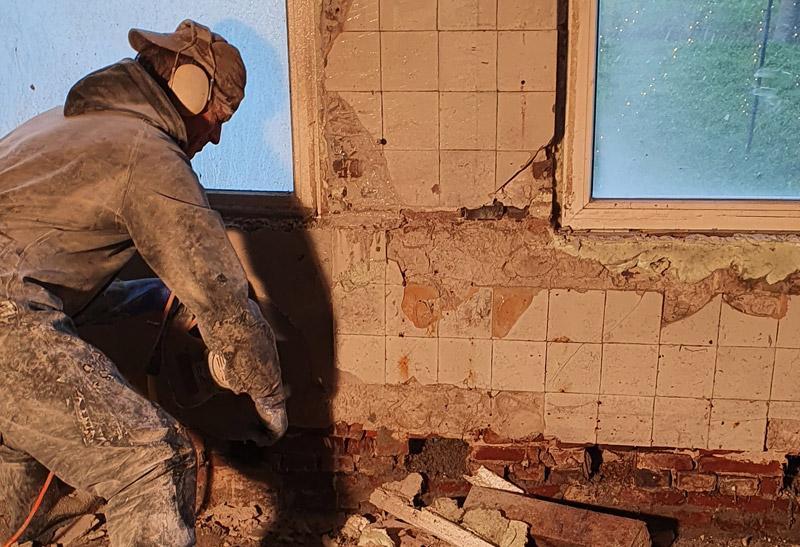 Earlier this month we received a phone call of a young farmer who was renovating the farm he inherited from his parents. During the renovation he found partly tiled walls that were hidden behind wooden walls that were installed in the 1960's. A few decades ago it was very common to leave original tile installations intact, but by simply putting new walls infront of them it was possible to isolate the house and to modernize their living room.

All the tiles he found were 19th century plain white ones, all of one firing. It was an original installation, which was no longer intact. Some of the tiles were damaged severly due to the effects of salt in combination with moisture. It leads to the salt chrystals basically pushing off the glaze. The farmer gave us a call and asked if we were interested in the tiles that were left. Of course we were! After a quick visit and assesment, we bought the tiles (when still on the wall) and sent our good friend Arno van Sabben to remove. It took him two days to get them all off. In total there were around 1100 antique plain white tiles that Arno and we were able to save. They are currently being cleaned, rinsed and given the finishing touch to be reused again for a future tiling project.

We are a family firm specialized in Delft tiles. Our stock covers the entire production period, which started around 1570 and ended just after 1900. If you are interested in working with us, please always feel free to get in touch.About usContact us